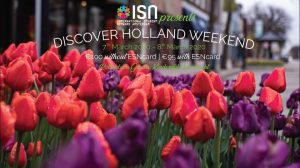 Want to explore the rest of the Netherlands? Join this weekend trip where we will go to 4 places in the Netherlands! We will be visiting Gouda, Rotterdam, Kinderdijk and Dordrecht.

Gouda is a Dutch city south of Amsterdam in the province of South Holland. It’s known for its namesake cheese and seasonal cheese market, regularly held on the medieval Markt square(unfortunately on Thursdays). Anchoring the square is the 15th-century town tall, a Gothic building with red and white shutters. Also on the square is the 17th-century Goudse Waag, once a cheese-weighing station and now home to the Gouda Cheese Museum. A cheese tasting and entrance to the Waag is included.

Rotterdam is a major port city in the Dutch province of South Holland.The 17th-century Delfshaven neighborhood is home to canalside shopping and Pilgrim Fathers Church, where pilgrims worshiped before sailing to America. After being almost completely reconstructed following WWII, the city is now known for bold, modern architecture.

On sunday we will visit a Unesco World Heritage Site. The windmills at Kinderdijk are a group of 19 monumental windmills in the Alblasserwaard polder, in the province of South Holland, Netherlands.

Visit Holland’s oldest city and enjoy countless monuments and museums, ancient warehouses and the busy merchant streets that commemorate the wealthy history of this city by the water.

Buy it in our office or via: https://eventix.shop/mxzgg8s9

The Supertrip: Prague, Budapest and Vienna!