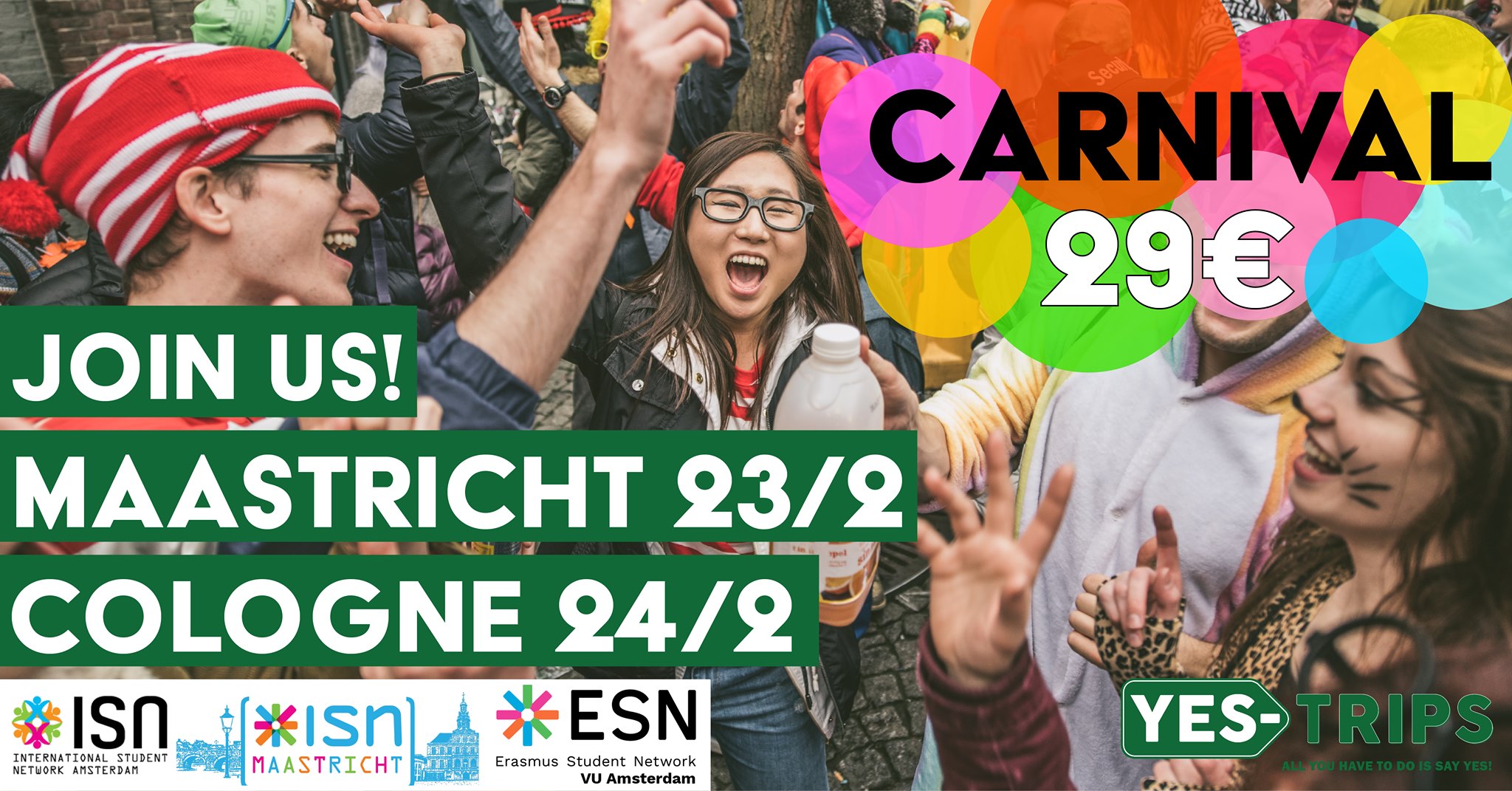 Can’t make it to Rio or Venice for Carnival? We’ve got you covered with the next best; Carnival in both Maastricht and Cologne! Perhaps less heard of but definitely not to be underestimated, these celebrations are among the biggest in Western Europe. Put on your most ridiculous costumes, watch the colourful street parades and be ready to party your heart out among the thousands of revellers!

Kicking things off on Sunday, 23rd of February, we’ll be heading to the Netherlands’ biggest street Carnival located in Maastricht. Enjoy a tour of the country’s oldest city before joining other ESN sections to watch the parade and get the party started! With the help of our hosts, ISN Maastricht, we will partake in one of the funnest, Dutch traditional drinking games: A Cantus.

If you’re not free on Sunday, don’t worry because on Monday, 24th of February (Rosenmontag), we’ll be ready to celebrate in Cologne! This is one of the biggest and oldest Carnival celebrations in Western Europe. Here, you will also be able to tour the city before watching the floats and parades, with lots of partying involved!

24/2 COLOGNE
Departures from Amsterdam, Utrecht and Maastricht between 08:00 and 09:00 in the morning
BOTH trips will be returning to their ORIGINAL destinations, leaving at 22:45.

Ticket includes:
– Transportation to the event destination and back.
– A city tour of Cologne or Maastricht.
– Fun and experience guides.
– Drinking games hosted by ISN Maastricht.
– An unforgettable experience.

Ticket-sale starts on the 5th of February at 12:00 and there are limited spots available! Buy tickets on shop.eventix.io

The Supertrip: Prague, Budapest and Vienna!
Scroll to top