We know that the holidays season is officially over, and coming back into our regular routines might feel like a little bit of a drag. So to help you get back into the normal routine of things, while still retaining some of the Christmas spirits, here is a list of our TOP 10 Netflix movies to bring back the December holiday vibes!!!

And obviously, the main theme is Christmas :). Here it goes!!!

Currently one of the TOP 10 Netflix movies in the Netherlands and the newest baby in the Christmas family. Starring Brooke Shields and Cary Elwes.

The author of a bestselling book, who is also freshly divorced, tries to escape her unfortunate TV appearance scandal by leaving America and going to… Scotland! There, she falls in love with a beautiful castle, but there is only one obstacle: its grumpy owner who will do everything to discourage the lady from buying it.

Perfect as a mood booster when the weather is not the best, so to speak 😉 and makes you aware that miracles do happen :).

Brooke Shields as Sophie in A Castle for Christmas. (Credit: Netflix)

If you haven’t heard of this movie yet, then we don’t know where you’ve been. How about a romantic love story, but with a twist? Sometimes following your heart means breaking a few rules ;). And that’s exactly what happens in The Princess Switch.

Confectioner Stacy is preparing herself for the Royal Christmas Baking Contest when she meets Duchess Margaret Delacourt who looks exactly the same as her. Turns out her Royal Highness wants to experience life as a ‘normal person’ and Stacy receives a strange request to become a queen for a couple of days.

This is a movie for all those of you who love a good, sweet Christmas movie. And if you really like the first part, there is also The Princess Switch: Switched Again (2020) and The Princess Switch 3: Romancing the Star (2021), all of them available on Netflix.

With Vanessa Hudgens pulling off more than a double role in (omg!!!) already a trilogy, it is hard to decide which one is best, so definitely watch all three parts!!! Promise, you won’t regret it!!!

If you like the topic of switching places, you might also like this one. This time, however, two women with broken hearts and complicated relationships, Amanda from Los Angeles and Iris from London, switch houses.

Funny, but smart perspective on life and relocating to a new place, facing different environments and people. Worth watching, especially for all those of us who changed countries and cities :).

Last, but not least, you get the chance to watch great acting by Cameron Diaz, Kate Winslet and Jude Law.

P.S.: Hurry up, because The Holiday leaves Netflix on the 31st of December!!!

Cameron Diaz as Amanda and Jude Law as Graham in The Holiday. (Credit: Sony)

A rich, carefree guy goes to a ranch to convince its owner to sell it before Christmas Eve. Little does he know that his amazing lifestyle might end sooner than he would ever expect. He will have to change his elegant suit for a work overalls and learn how to manage farmland. Along the way, he will face a lot of obstacles that will make you laugh. A LOT.

A great combination of humor and consideration of values that are important in life. Worth watching!!! Also, for the landscape views.

Lauren Swickard as Callie and Josh Swickard as Joseph kissing in A California Chirstmas.  (Credit: Netflix)

Christmas family gatherings can be a bit disturbing when you are single and family keeps asking. But these two came up with a perfect solution!!! They decide to keep each others’ company at family reunions. Perfect, right?

We won’t spoil anything more, I can just tell you, life is going to surprise them ;).

In this movie, Emma Roberts and Luke Bracey pull off some great acting, so you might want to check it out.

If you want to laugh, watch this!!!

Emma Roberts as Sloane and Luke Bracey as Jackson in Holidate. (Credit: Netflix)

As we are swirling around family matters, here four sisters who have reunited for Christmas will get a tough  course of family closeness. They will have to spend time together at a family Yorkshire mansion, with their mother and long-time-no-seen father. They will face misunderstandings, secrets and arguments.

If you like drama, this one is definitely for you.

A scene of Father Christmas is Back. (Credit: Netflix)

What can we say? Classic, but had to appear on this list. Based on the Skipping Christmas novel by John Grisham, a super funny movie that has to be watched at least once a year, so now it’s the time.

Luther Krank and his wife decide not to celebrate Christmas and escape for holiday to exotic countries. Little do they know that this is going to be way harder than expected.

Jamie Lee Curtis and Tim Allen show off their comedian skills in the best way possible.

A MUST-WATCH FOR EVERYONE. We guarantee you will laugh!!!

Tim Allen as Luther Krank and Jamie Lee Curtis as Nora Krank in Christmas With The Kranks. (Credit: Sony)

A young and ambitious journalist gets a chance to elevate her career by writing an article about a rich prince who is supposed to become king in a matter of days. All she has to do is to find something controversial about him so that the article will sell. Easy. However, this might be harder than she expected.

If you need to get your mind off things, this is the right choice ;).

Ben Lamb as Prince Richard and Rose McIver as Amber in A Christmas Prince. (Credit: Netflix)

For absolutely everyone who wants to get a big dose of laughter. Two dads, Brad and Dusty have a perfect life, with their wives and families, nothing could be better. But when their own dads come for Christmas, the situation becomes more complicated.

Mark Wahlberg as Dusty and Will Ferrell as Brad in Daddy’s Home 2. (Credit: Paramount)

In case you missed Vanessa Hudgens :). We have to say, there are so many Christmas movies with her that she should be called the Christmas Queen :).

Magically, a knight living in the middle ages, precisely the XIV century, gets transported to a modern Ohio where he falls in love with a teacher who stopped believing in love.

Perfect for a family movie night!!!

Josh Whitehouse as Sir Cole and Vanessa Hudgens as Brooke in The Knight Before Christmas. (Credit: Netflix)

Aaaand we’ve reached the end of the list. Check out those movies, get in the year-long holiday vibe and let us know which one is your favourite!!! 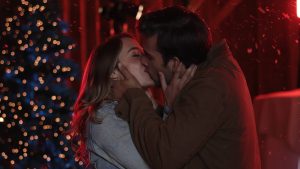 We know that the holidays season is officially over, and coming back into our regular routines might feel like a little bit of a drag.

Do you also enjoy visiting museums? Then you can’t miss all these museums here in Amsterdam! Get your Museum Pass for €64.90 (half the price

Dutch food you need to try

Here is the first part… Once you eat it, we will publish the second one ;).  BITTERBALLEN  Bitterballen (croquette balls) are one of the Dutch

We know that the holidays season is officially over, and coming back into our regular routines might feel like a little bit of a drag.